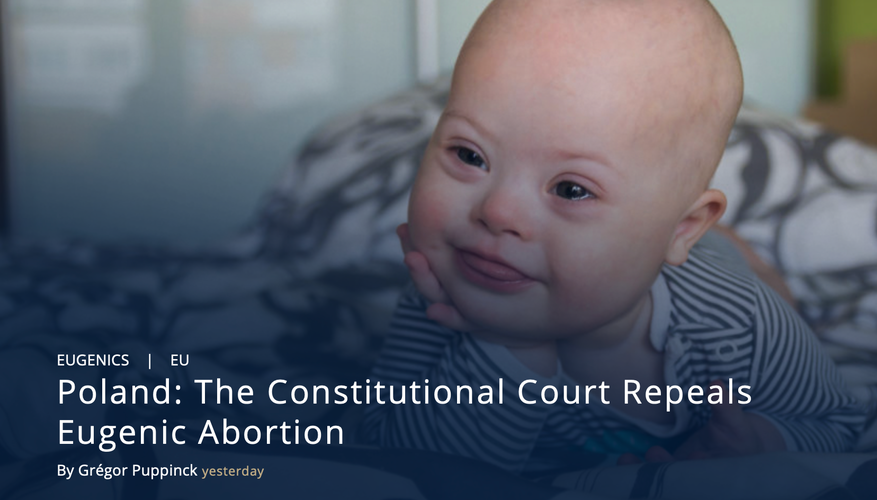 From European Centre for Law and Justice

Grégor Puppinck, the Executive Director of European Centre for Law and Justice in Strasbourg, reports that the Polish Constitutional Court, meeting in plenary session, rendered a historic decision declaring that eugenic abortion is contrary to the dignity and life of the human being, the respect of which is guaranteed by the Polish Constitution.

- This is a major legal victory in the European battle against abortion, says KKN´s Chairman Jan-Aage Torp, who notes that Poland is one of the financially prosperous nations in Europe with considerable influence in European arenas.