Menu
Currently/The Insight Talkshows will be back in December - Syndicated around the world!

The Insight Talkshows will be back in December - Syndicated around the world! 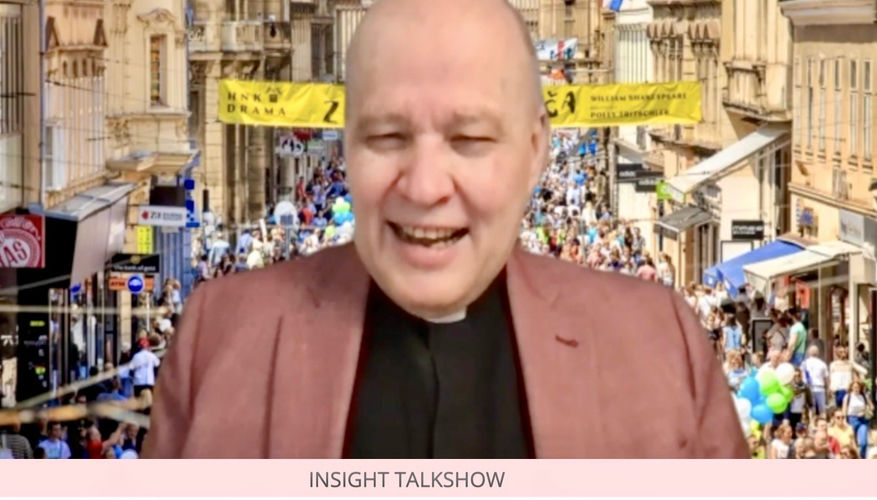 The weekly internet-based talkshow, «Insight with Pastor Torp», will be back in December, after an absence of 15 months.

This announcement has been made by Oslokirken´s pastor Jan-Aage Torp, who is also the President of European Apostolic Leaders (EAL).

The talkshow broadcasted every Wednesday morning (Oslo time) on the internet, beginning in December 2020 until September 2021, and had a growing worldwide audience.

- I took a break from these internet-based programs to re-assess my work as the pandemic was coming to an end. My experience is that nothing beats actually meeting people face-to-face, and I didn´t want these «virtual, digital» talkshows to take my focus away as I prepared to travel again, to actually meet the very people who were guests on my Insight Talkshow, says Jan-Aage.

- My weekly, 30 minute, professional TV shows that are produced in cooperation with TV Visjon Norge, have been going at full speed for 2 1/2 years now, and are having great success, continues the pastor. - That is a different concept where I actually sit down with my guest, most often at their Embassy, or in Parliament, or at their Faculty etc, and a professional TV crew does the four-camera production from A to Z. That is an ongoing project, and could very well be going on for years to come, says Jan-Aage.

- But now I have found the balance, and I also have some people helping me with the technical side of the internet-based productions, so now I am ready again to re-start «Insight with Pastor Torp», he underscores. - I can even make some of these shows from my hotel room when I travel!

The Insight Talkshows had world leaders as well as national and local leaders as guests, both from churches, mosques, synagogues and temples - and in politics, the media, diplomacy, academia etc.

- I have found that my leadership in society goes much deeper and broader than most other people I know, and I want to share these processes and relationships with Europe and the world, says Jan-Aage Torp, who expects to start again on Wednesday, December 14th.

- I hope that my Insight Talkshows will even be syndicated on numerous TV stations around the world. I have been approached by stations in Europe, Eurasia, the Middle East, West, Central and East Asia, and USA about this. So let´s see what can be done!