New Year´s Gathering in Oslo for Faith, Family and Freedom 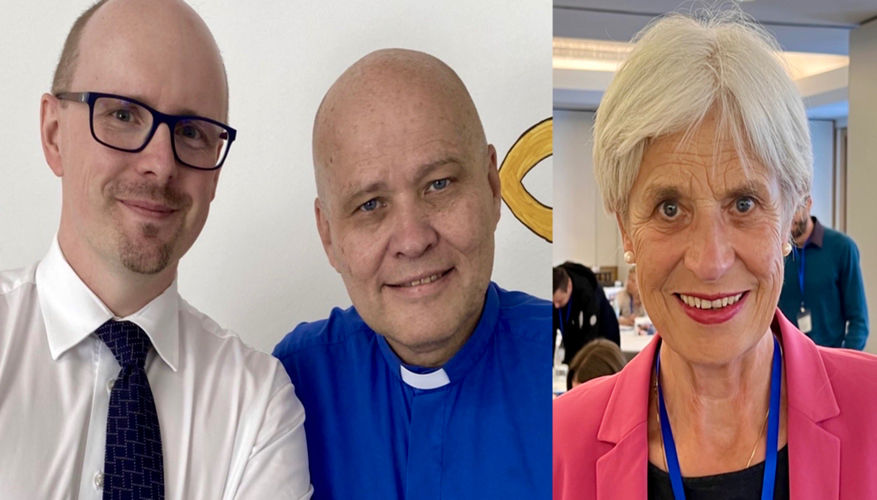 Gabriele Kuby from Germany and Jerzy Kwasniewski from Poland will be the main speakers at the New Year´s Gathering of Kristen Koalisjon Norge (KKN) in Oslo on Friday and Saturday, January 6th & 7th, 2023. The overriding theme will be: Faith, Family and Freedom, says KKN´s Chairman Jan-Aage Torp to «Norge Idag».

- Gabriele Kuby is from Munich, and is world famous for her books, not least «The global sexual revolution - The destruction of freedom in the name of freedom», which has been translated into more than 15 languages, and she was praised by Pope Benedict in 2015: «Gabriele Kuby is a brave warrior against ideologies that ultimately result in the destruction of man.» . In her most recent book, «Propaganda - The Myth of Democracy», she takes issue with the Western world's media and global organisations.

- It is an event that Gabriele Kuby comes to Norway, and especially as a guest of KKN, says Jan-Aage Torp.

The 28 most powerful in Europe

The second main speaker is Jerzy Kwasniewski, President of Ordo Iuris in Warsaw, who will speak about the war for the child in the mother's womb in Europe, and about family values.

- For the third year in a row, Jerzy Kwasniewski has been named by the leading newspaper Politico Europe as one of Europe's 28 most powerful men, together with e.g. President Macron in France, President Erdogan in Turkey, former British Prime Minister Boris Johnson, Manchester United's football icon Marcus Rashford, the President of the European Commission, Ursula von der Leyen and Russian President Vladimir Putin.

Kwasniewski has spoken every year since 2018 at KKN's conferences.

Torp recalls that the newspaper Vårt Land warned on June 14th, 2021 against any cooperation with Kwasniewski and himself:

«It is frightening and deeply worrying that an organization like Ordo Iuris is gaining access to important bodies around Europe».

Vårt Land claims that «we can no longer ignore these voices, or dismiss them as marginal and unimportant».

- It is clear that we need Kwasniewski in Norway, and by bringing Kuby and Kwasniewski together, KKN's New Year's meeting will be a gigantic breakthrough conference, claims KKN's Chairman Jan-Aage Torp.

The KKN leader is in the process of building an extensive network for the renewed battle for the child in mother's womb and for the family values that are based on Christian and natural law. This has led him to being given a podium with ambassadors from leading countries in Oslo, as well as in parliaments and government circles around the world, such as Romania, Egypt, India and China.