Menu
Currently/Ordo Iuris: The Peak of Misunderstandings in Nairobi

Ordo Iuris: The Peak of Misunderstandings in Nairobi 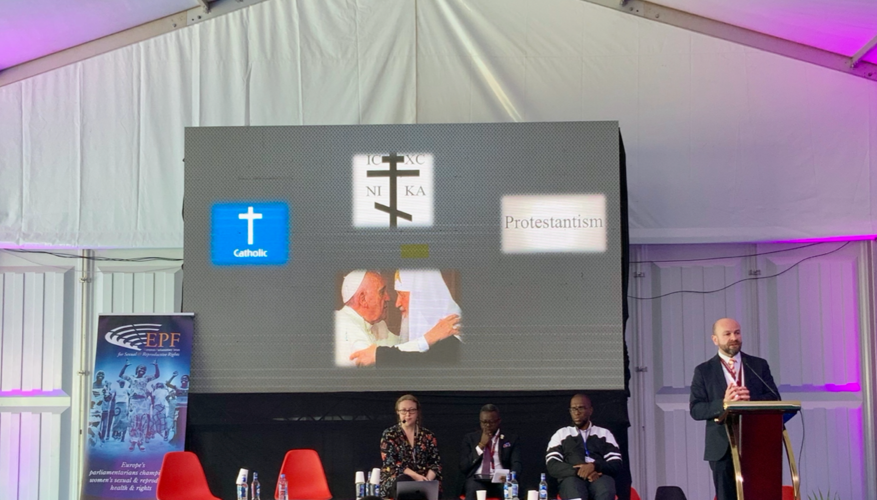 A seminar was held named «Unpacking the Politics of Manifestos». It was originally named «Facing Pro-Life Groups». Neil Datta of the Brussels-based European Parliamentary Forum on Population and Development lashed out against Ordo Iuris, CitizenGO, and evangelical Christianity, and cited the alliance between Pope Francis and Patriarch Kirill as «the enemy of UNFPA»

Attempts to undermine the protection of human life and family in the international forum are becoming more frequent. One example of this was the Nairobi Summit. The Ordo Iuris delegation took part in the event. The Institute's lawyers belonged to the few representatives of organizations defending life and family who were allowed to participate in the Summit.

On November 12-14, the capital of Kenya hosted delegates of over 170 countries around the world at the Summit convened on the 25th anniversary of the International Conference on Population and Development («the People's Summit»), which took place in Cairo in 1994. As in the case of the Cairo conference, also in Nairobi the area of ​​the so-called reproductive and sexual health were focused. This time the organizers of the conference did not mention the threat of overpopulation, in the shadow of which the Cairo conference was taking place, the main theme was to be simply the promotion of «liberating» reproductive and sexual rights.

The organizers of the Nairobi event decided this time to avoid the fate of the Cairo Summit, during which a broad coalition of states built by efficient diplomacy of the Holy See stopped the most radical pro-abortion postulates. It was thanks to the strong voice of John Paul II that the final Action Plan agreed in Cairo confirmed that everyone has the right to life, that the family is the basic unit of society, and that they should be supported, as well as that abortion can under no circumstances be promoted as a method of family planning. 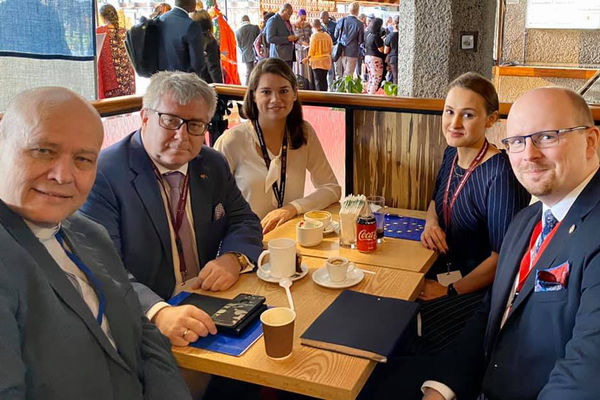 For the sake of avoiding a similar fate for the assumptions of the Nairobi Summit, the organizers adopted a completely different mode of convening and preparing the conference. First of all, it was decided not to repeat the mistake from Cairo, where the long deliberations gave the conservative coalition a chance to introduce major modifications to the final document of the Summit - Action Plan. Therefore, this time the final document («Nairobi Statement») was published two months before the start of the Summit, and the Summit itself was to last only three days, instead of almost two weeks, as was the case in the Cairo meeting.

The Nairobi Statement, as the primary goal of the Summit, adopted a rapid «acceleration» in the implementation of a radical program of reproductive and sexual rights. Hence the motto in Nairobi was «Accelerating the Promise». Access to «safe abortion» and «broad sex education» has been put at the forefront, both in the Statement and the materials promoting the Summit and in the selection of panels and presentations. Moreover, the organizers, contrary to the definitions agreed by the UN, deliberately used the broad term «health and reproductive and sexual rights», although in Cairo categorically cut off from attempts to create a separate category of sexual rights. This concept covers claims of the LGBT movement, including those aimed at recognizing «gender identity» or sexual orientation as categories protected by law.

Aware of the lack of uniform support for this program, the Summit's initiators based its organization on only one UN agenda - the UNFPA Population Fund, the Danish Government and the Kenyan Government hosting the Summit. Such a small group of organizers, combined with an unprecedented attempt to incapacitate participants of the Summit by publishing a ready and non-negotiable Statement of Nairobi, became the basis for the most serious allegations against the conference.

The reservations regarding the organization of the Nairobi Summit were summarized by the Vatican diplomacy justifying the Holy See's decision not to participate in the Summit. According to the permanent observer of the Holy See at the UN, «the Statement from Narobi was not preceded by consultations and cannot be presented as an expression of international consensus», and in addition, «the conference will take place outside the UN system, without transparent intergovernmental consultations, building the wrong impression of consensus regarding the Nairobi Statement». In conclusion, the Vatican diplomacy said that «The Nairobi Summit could not be considered a meeting convened by the UN or conducted under its auspices».

Despite objections, representatives of over 170 countries and hundreds of NGOs from around the world came to the Nairobi Summit. The organizers were aware of the fact that any reservations about the summit's preparation procedure would have to be forgotten if its participants unanimously supported the radical Nairobi Statement. This was the purpose of numerous sessions devoted to public commitments for the implementation of the Nairobi Declaration through specific actions and precise declarations by governments and NGOs.

Sessions devoted to the submission of «commitments» were intentionally used by some governments to cut off the Nairobi Statement. The previously published US commitment pointed to «financial support for international programs supporting women's competences, opportunities and development, without violating the dignity and inherent value of every human life». During the Nairobi Summit itself, the US ambassador in Kenya warned of pro-abortion groups' activity, simply saying that «these groups are attempting to re-write ICPD’s Programme of Action language agreed to by 179 governments in 1994», this time replacing them with commitments.

(Translation is adapted from Google Translate)