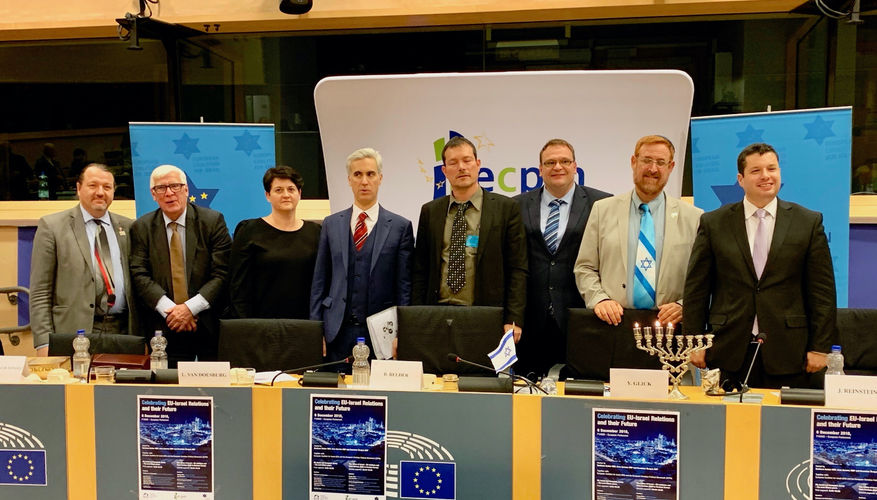 Some of the speakers 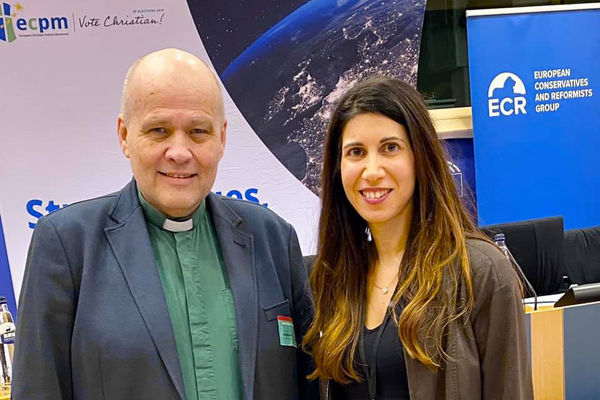 With Jenny Aharon, one of the speakers

A Symposium was held yesterday in the European Parliament in Brussels on «Celebrating EU-Israel Relations and their Future», hosted by European Coalition for Israel (ECI) and European Christian Political Movement (ECPM).

Jan-Aage thanked ECPM for their open-ended approach. KKN is putting efforts into influencing the Holy See and Russia to move their embassies to Jerusalem.

«The future of Israel»

The second section was on «The future of Israel – EU relations and from Horizon 2020 to Horizon Europe», snd was sponsored by KKN.