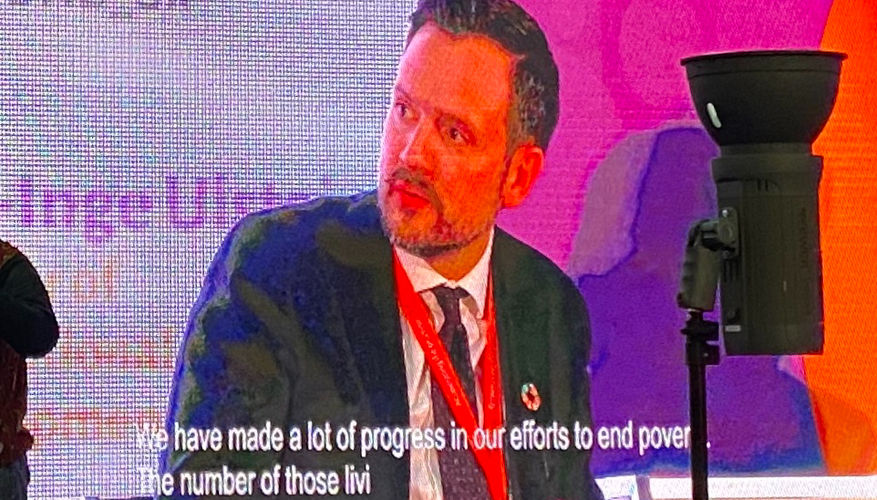 (Nairobi, Kenya) My expectation was high yesterday, as the Chairman of Kristen Koalisjon Norge (KKN), to hear the four minute long speech of Norway´s Minister of International Development, Dag Inge Ulstein of the Christian Democratic Party (KrF), at the International Conference on Population and Development (ICP25) - the Nairobi Summit. I am a member of KrF, so I have a vested interest in the integrity and success of our party.

KrF entered the government of Prime Minister Erna Solberg in January 2019 on the basis of the declared intention of decreasing access to abortion.
KrF has also been a strong critic in Norway of our nation´s tragic «export of abortion», tying the abortion (and LGBTIQ) agenda to financial aid to underprivileged nations.

Yesterday was Mr. Ulstein´s «exam», so to speak.

Mr. Ulstein gave a one-sided crowd-pleasing speech (hear the audio below), underscoring what we agree upon, but without «speaking up in assemblies» (which he said we ought to do, wiithout specifying the rights of millions of unborn children).

It is a tragedy that the only speaker at ICP25 who could have included abortion - at least in a subordinate reference (!) - did nothing to remind the ICP25 of the cry of the unborn in an organization that is promoting abortion massively.

Today, Mr. Ulstein is expected to announce a huge financial contribution to the total plans of UNPD. Will this be a better day?