Menu
Notes/Pat Robertson helped us in 1993: «Faith in God must replace socialism»

Pat Robertson helped us in 1993: «Faith in God must replace socialism» 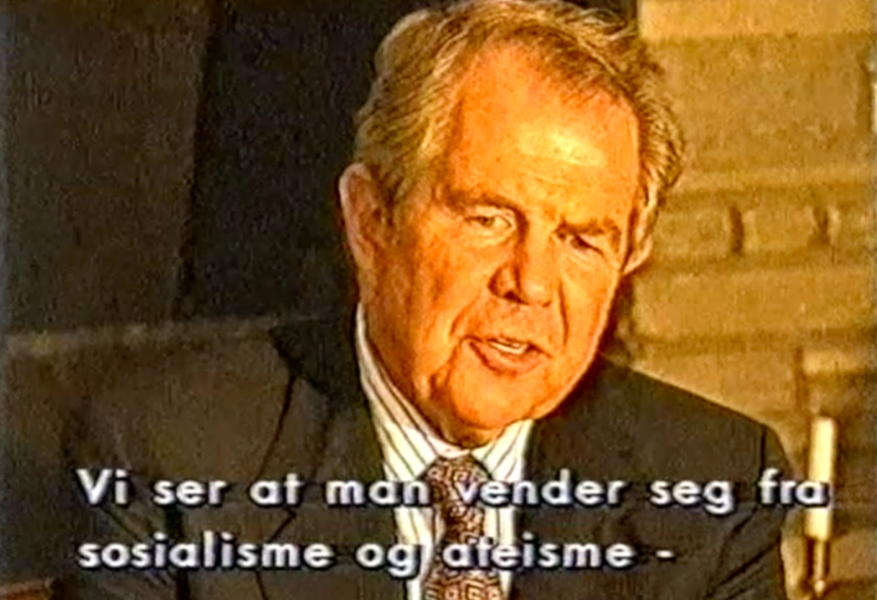 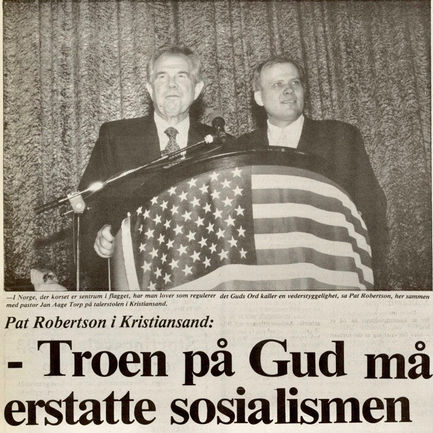 The founder of the original Christian Coalition in USA, Pat Robertson, inspired me when we had started Kristen Koalisjon Norge (KKN) on April 21st, 1993. Two weeks later I visited him in Virginia Beach, along with my friend Finn Jarle Sæle, and Pat brought his wife Dede to Norway in August for a full week of meetings.

The photo to the left is from a public rally in Kristiansand, when I was his host and translator. The message was simple and powerful: «Faith in God must replace socialism».

The video below is from when I hosted a press conference with Pat Robertson at the Christian Radich Suite in Grand Hotel in Oslo.