Menu
Notes/Great Alliances start with Friendship and Standing up for the Downtrodden!

Great Alliances start with Friendship and Standing up for the Downtrodden! 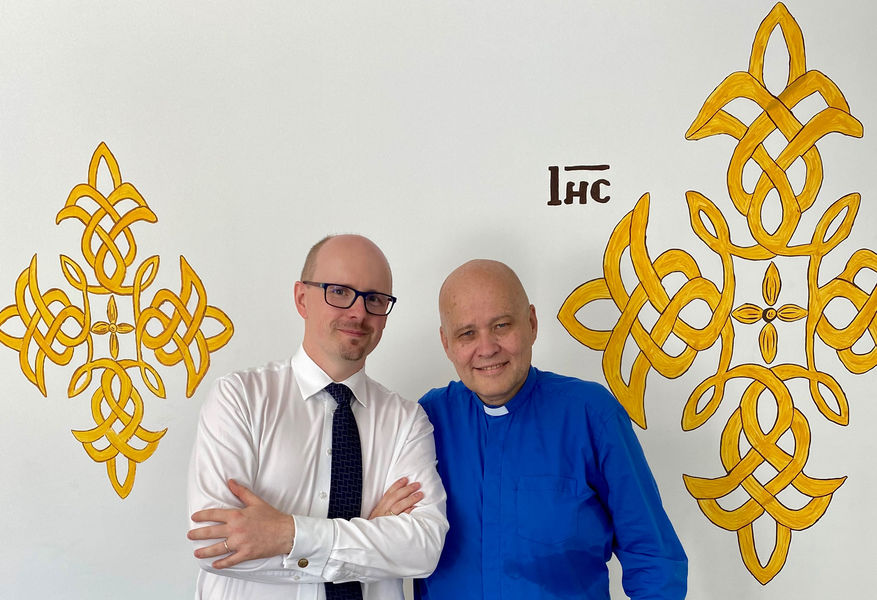 Jerzy and Jan-Aage yesterday with the Coptic Cross of Christ behind then. In the Coptic Church of the Holy Virgin of Zeitoun in Vienna.

I am returning in a few minutes from Vienna to Oslo after two memorable days in the Austrian capital. We successfully bestowed upon Alliance Defending Freedom (ADF International) the 2021 Family Defense Award from KKN. I have a sense of deep satisfaction. Mission accomplished!

Of course, I realize that in man´s eyes we are building powerful alliances. For the liberal media and globalist politicians we are scary. We are a «threat» to their meticulously crafted systems to coerce the world into their pro-pride, pro-abortion, anti-family agendas.

Now, let me underscore that not every politician is like that. Although I am a «climate sceptic», I believe that a man like Mr. Erik Solheim, the Christian Socialist politician in Norway who has served the world for decades for the promotion of peace, education, food availability, and a sustainable climate - he is actually a man who works for the good of people. Why do I trust him? Because he actually talks and meets with a guy like me - and others like me. Even taking criticism for it. I trust people who have open agendas, and who invite everyone to understand, share - and even object! Until recently Solheim held the positions as Under-Secretary-General of the United Nations and Executive Director of the United Nations Environment Programme. 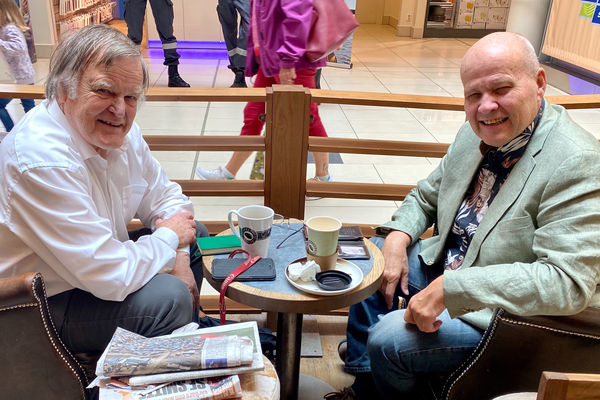 This is when Tore Bjørn Skjølsvik and Jan-Aage Torp met, and friendship began! (Photo: Private)

The award in Vienna was a statuette by my good friend, the renown Norwegian sculptor and painter Tore Bjørn Skjølsvik, who at his own initiative made the beautiful statuette which I named «A Family in Europe». He and I started our friendship when he spotted me in a cafe in Oslo, and I invited him to have coffee with me. Here is that memorable photo:

Below is a video clip where Tore Bjørn explains the plain reason for making the statuette:

How did the powerful alliance between Aina & me and our ministries start with Jerzy Kwasniewski, the President of the renown Ordo Iuris in Warsaw?

It was because the young mother Silje Garmo and her little baby Eira visited a service in Oslokirken because of threats from «Barnevernet». Mama & baby fled to Warsaw, and there she met Jerzy, one of the most warmhearted men in the world, and he started her legal defence. When he came on a fact-finding mission to Oslo, he immediately contacted me. Our coffee on the main street Karl Johan started the friendship, cooperation - and powerful alliances!

That is why I am calling this article: «Great Alliances start with Friendship and Standing up for the Downtrodden!»