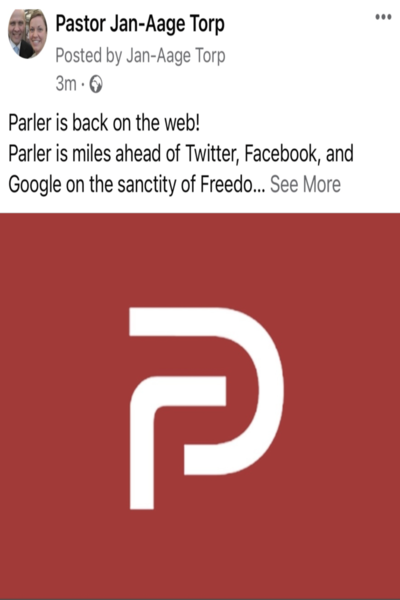 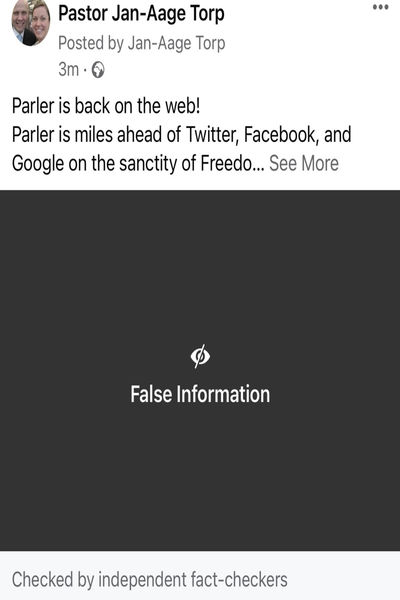 Facebook´s version of my posting today

Today I saw on Newsmax TV that Parler is back on the web after the censorship by Amazon, Google and Apple last week. The news was that Parler had just started coming back on the web, but was not available on the app stores of Apple and Google.

I checked the matter, and jubilantly I wrote on my Public Page on Facebook, «Pastor Jan-Aage Torp»:

«Parler is back on the web! Parler is miles ahead of Twitter, Facebook and Google on the sanctity of Freedom of Speech!» See here:  http://parler.com.

But my posting did not immediately show up on Facebook, so I wondered. After a few seconds however it did show up, but with a black censor covering over the Parler logo. In the middle was the text: «False information». Below was a remark: «Checked by independent fact-checkers».

This is gross censorship of opinions! So I am not allowed to say that Parler is way ahead of Twitter, Facebook and Google pertaining to Freedom of Speech???