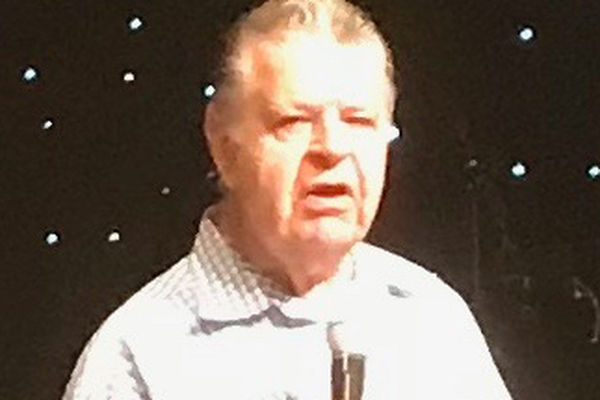 I attended a meeting for 40 pastors and leaders today in Drammen (outside Oslo) with the apostle of the modern-day «Toronto Blessing» movement, John Arnott. I had actually never talked with him in person, but today I got the opportunity during the lunch break. I can say emphatically that brother John is a genuine follower of Christ!

He had excellent teaching today on the need for the love of God our Father. It was simply sound doctrine, but I already had received this teaching from him.

What was especially heart-warming today was to hear John Arnott talk candidly about the big battles in the world regarding the election of the Jews, the establishment of the modern state of Israel, and the prophetic developments regarding Jerusalem as the capital of Israel and the Jewish people.

Arnott also made clear statements about the two outcomes of life, spoken in his wise and compassionate way, and he expressed great appreciation of the role of President Donald Trump as a vessel of God to confront corruption and evil schemes and policies.