Menu
Notes/Lessons to learn from the Bodnariu Battle: The Faster Way is Unity!

Lessons to learn from the Bodnariu Battle: The Faster Way is Unity! 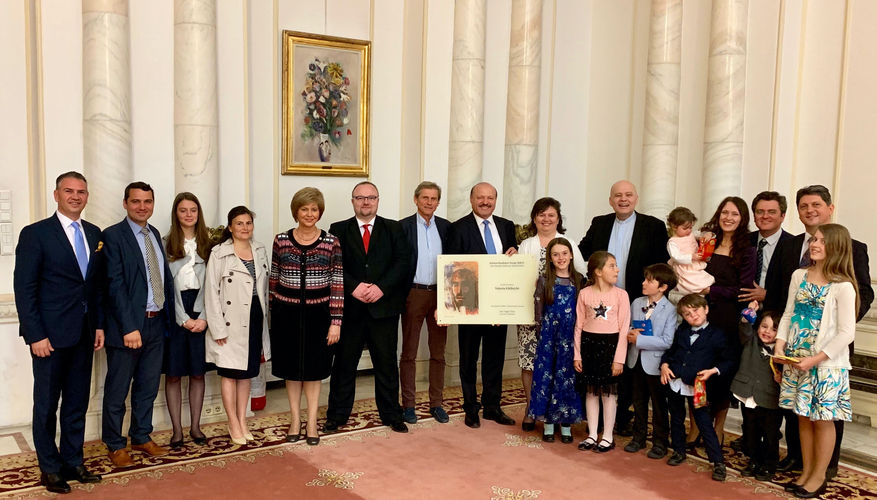 I led a ceremony in the Romanian Parliament in May 2019 with the Bodnariu family, Dr Ardelean, Dr Corlatean, Einar Salvesen, and others. We stand united!

I am often crushed by the dismal results of individual cases against the atrocities of Barnevernet in Norway. Each battle takes such a long time. The opposition from the Norwegian authorities is huge. Barnevernet adheres to secrecy, and our society is built that way. Often we brag about our so-called «Norwegian model» which supposedly has produced our affluence.

I fundamentally question and challenge that assumption:

Norway´s affluence is due to our oil adventure which for the past 50 years has flooded our society with money. Within 10-20 years the oil adventure will end, and then what?

We have received great hope via the international legal path. 26 cases against Barnevernet in Norway are being handled in the European Court of Human Rights (ECHR) in Strasbourg. The common denomimators are the Norwegian system´s breeches of the European Convention of Human Rights, specifically regarding the rights of the family.

But even the Strasbourg path takes a long time, and the Norwegian government will sadly do everthing within its power to gain time. Norway even gives extraordinary donations to ECHR.... For the promotion of justice? Or is it bribery? Norway´s reputation as a nation of justice is on the line. We are whispered about in the corridors of power in Strasbourg and Brussels as a corrupt nation, in line with nations such as Albania.

In 2006, the sharpest knife in Norway´s legal drawer for decades, professor dr. juris Carl August Fleischer, wrote the book «A Culture of Corruption, Nepotism, and a Lack of Trust in Norway» (only in Norwegian), where he documents and uncovers how deeply ingrained corruption works in «the politically correct Norway». The book is being killed by silence.

In conversations with KKN, Fleischer has given us more documentation about  corruption in «Barnevernet»​​​​. That´s why we say: We know! We are preparing heavy showdowns.

However, there is a better and faster way to win, but that can only be obtained through unity.

Sadly, most families that are victimized, are marred by their own division. That will often easily be exploited. Barnevernet uses the destructive tactics of «divide & conquer». Mom against dad. Child against parent. Siblings against each other. Foster homes against biological parents. Psychologist assessments against each other. +++

Unity is a difficult path, but the only path!

Many people try to copy the Bodnariu case which led to the legal return of all five kids within six months. The obvious visible methods were demonstrations, rallies, and picketting. 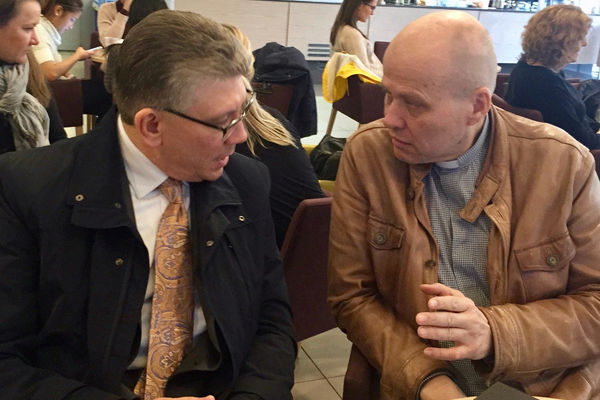 But I learned the true story in May 2016 when pastor Cristian Ionescu, leader of the Romanian Pentecostal Churches of North America, visited me in Oslo.

When Ionescu called for worldwide demonstrations, then there were demonstrations! When he said stop, then everyone stopped! Even the acclaimed documentary by BBC had to be approved by Ionescu and his legal experts! 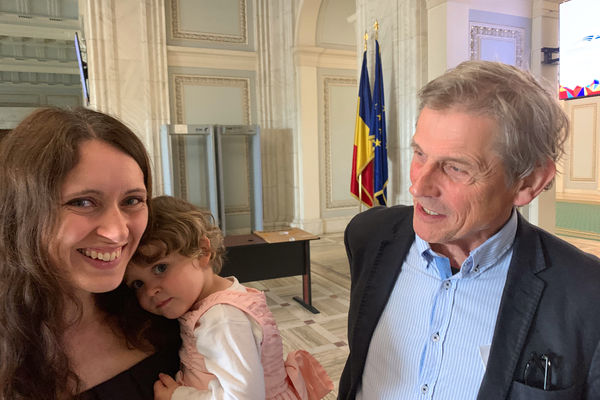 Marius & Ruth chose to trust Einar Salvesen, who guided them through perilous terrain for the next three months, leading to the positive court verdict in May 2016. Recently, in May 2019, Einar Salvesen and I went to Bucharest together, On this photo, it is easy to see and appreciate the mutual trust and affection between Einar Salvesen and Ruth Bodnariu (Photo Credits: Jan-Aage Torp)

Since 2016 I have become friends with many of the supporting cast for the Bodnariu family.

I am impressed by the beautiful unity between Marius & Ruth Bodnariu themselves.They love and honor each other.

At their lowest point in 2015-2016, they sought the expert counsel of psychologist specialist Einar C. Salvesen in Oslo. I remember that day in February 2016 because I spoke to Marius Bodnariu on the phone that day.

They chose to trust Einar Salvesen, who guided them through perilous terrain for the next three months, leading to the positive court verdict in May 2016.

Recently, in May 2019, Einar Salvesen and I went to Bucharest together, It was easy to see and appreciate the mutual trust and affection between Salvesen and the Bodnariu´s.

What should families in Norway do when Barnevernet uproots them?

Second, if you find a pastor, psychologist, and lawyer with high ideals, then trust them.

Don´t be «independent»! Isolation and independence will guarantee that you lose, or that the battle will be prolonged - perhaps for years to come, with almost irreparable damages!

Kristen Koalisjon Norge (KKN) is available. We work with proven experts and authorities such as psychologists, lawyers, diplomats, politicians, analysts etc. We base everything on mutual trust and respect - for the families of Norway and Europe!