Celebrating the Values of Norway's Constitution 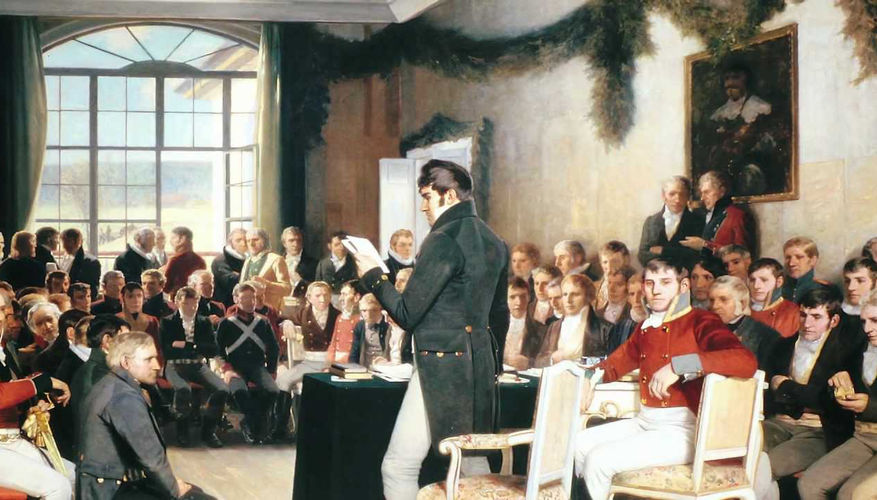 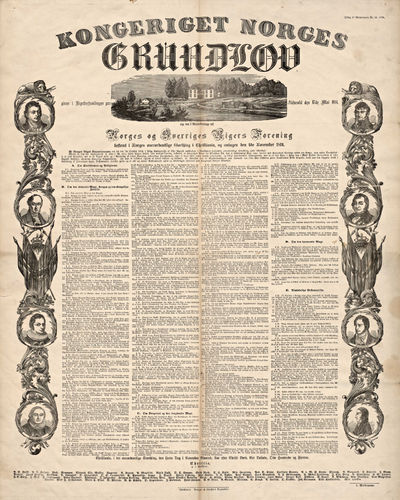 This photo of the original Grunnloven of 1814 hangs on the wall of my office in Oslo, beautifully framed.

You might have heard of «Eidsvolds Plass», the round, park-like place in front of the two lion-statues that guard the main entrance to «Stortinget» (Parliament) in the beautiful downtown area of Oslo.

This is the place where almost daily demonstrations are being held - for or against every issue on Planet Earth. The megaphones and posters aim at catching the attention of the 169 elected members of Parliament.

Personally, through more than 25 years, I have initiated and spoken at rallies on wide-ranging topics as abortion, homosexuality, marriage, family, prayer for Norway, re-Christianization, elections, democracy, Israel, European Union, Afghanistan, islam, freedom of speech, religious liberty, barnevernet, refugees, migrancy & more. Some have brought change, and others have been forgotten, but we have fought - and hoped.

But geographically speaking, Eidsvold is really a small county cirka 50 kilometers north of Oslo with only one claim to fame: That is where a group of 112 visionary men worked together in 1814 to produce the Constitution of the independent Kingdom of Norway.

«Eidsvold» is more an idea than a geographical place. That is why some of us chant on May 17th (the day when we celebrate our Constitution): «1814 shall still live», or «Eidsvold shall still live».

As criticism is mounting all over the world against the negative ideals and practices that have developed in the Norwegian Child Protection System (CPS), or «barnevernet» in Norwegian, it is important to find common ground that we Norwegians can continually build upon. Our Constitution is such a common ground. (In Norwegian, the Constitution is called «Grunnloven», meaning literally «the ground rule».)

What makes «Grunnloven» an excellent foundation for the modern Kingdom of Norway 203 years after it was written?

Firstly, Grunnloven is a Declaration of Independence.

Paragraph 1 declares that «the Kingdom of Norway is a free, independent, undividable, and indefeasable kingdom».

«The Eidsvold Men» were visionary enough during the turbulence between European mega-powers in 1814 to include our Declaration of Independence in Grunnloven. The kings of Sweden and Denmark got the clear message that we want our independence!

Secondly, Grunnloven is a constitutional law that established fundamental principles:

The limited and hereditary monarchy; the balance of power between the executive and legislative branches; the expanded right to vote; compulsory military service; and the end of nobility, aristocracy, peerage, titles and special privileges.

Thirdly, the principle of representative government (democracy) was later written into Grunnloven and the first democratic elections were held in 1884. 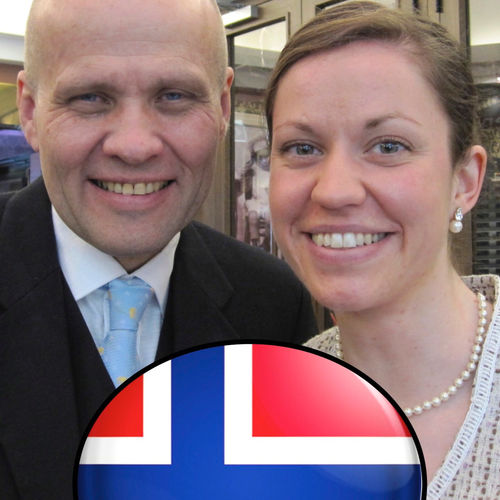 Aina & I celebrating May 17th

One may ask: How can a Kingdom with such excellent «ground rules» develop such an undemocratic institution such as barnevernet?  That actually destabilizes and dissolves the family unit at its most vulnerable moments, and at times leading to lifelong psychological problems for children? Even leading to suicide....

I still believe in our foundations.

But the problem is really with «a sleeping beauty» called the Church which has become tolerant and compromising with limited commitment to wage the spiritual and ideological wars of our nation.

While media and academia have worked ferociously to undermine the «ground rules» of Grunnloven.

Norwegian Christians, and concerned citizens who believe in our traditional values, must stand up again to wage spiritual and ideological warfare in the arenas that matter: Politics, Government, Media, Education & more.