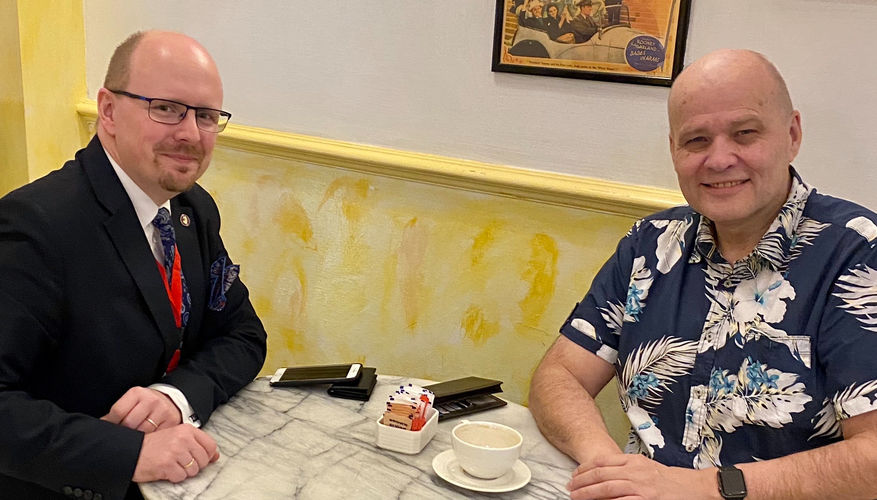 Jerzy Kwasniewski and Jan-Aage Torp between sessions at the UN Population Fund Congress in Nairobi, Kenya in November 2019

The Ordo Iuris Institute for Legal Culture in Poland is under a sinister attack in the unreliable Norwegian newspaper Vårt Land, which until five-six years ago stood for traditional family values.

Now, Vårt Land is relentlessly propagating pride ideology and onesided support of the Norwegian Child Protection System (Barnevernet) which both the European Court of Human Rights in Strasbourg and the Norwegian Supreme Court in Oslo are taking decisive actions against.

In October 2020, the Norwegian Parliament - after having lived in total denial of the mounting criticism against Barnevernet for several years - finally decided to appoint a high level commission to investigate the massive injustices of Barnevernet. But the newspaper Vårt Land is deeply entrenched in the injustices of past decades, and still is promoting Barnevernet´s work - and hence, attacking Ordo Iuris and myself.

KKN will soon present the Ordo Iuris report on Barnevernet in a separate article.

But today I chatted with the President of Ordo Iuris, Jerzy Kwasniewski, regarding two specific issues which Vårt Land´s Chief Editor Bjørn Kristoffer Bore made outrageous claims about in a TV interview yesterday.

I wrote to Kwasniewski:

I know that Ordo Iuris has consultative status in the Economic and Social Council (ECOSOC) which is one of the six principal organs of the United Nations System established by the UN Charter in 1945. I also know that you are consulted by the Vienna Commission, different bodies of Council of Europe, and that Ordo Iuris has provided more then 30 opinions to the European Court of Human Rights. Your role in global and European entities is well documented.

Please give me precise information about Ordo Iuris’ position on criminalization of women who choose provoked abortion.

Polish law de-criminalizes women who choose provoked abortion - even in case of illegal abortions. This was introduced by the communist regime in 1956.

In most countries illegal abortion is criminalized.

Nevertheless our draft act on protection of life (that provided full social support for pregnant mothers, single mothers etc) provided the courts with the full option to waive criminal responsibility of a woman without any prerequisites. This was obvious because of very complicated personal situations of many (pressure, psychological situation, even hidden domestic violence that was true reason of abortion).

Ordo Iuris supports full and equal protection of unborn children and their born siblings, but criminal law protection should be limited in case of specific personal situations of a mother.

Please give me precise information about Ordo Iuris’ position on «gay free zones».

There are no «gay free zones» in Poland.

Some local communities introduced «declarations against LGBT ideology» that was a reply to «the Warsaw LGBT Declaration» which was very controversial (I.a. employment in municipal companies subject to sexual orientation balance). Ordo Iuris was not involved in drafting of those local government declarations.

Ordo Iuris prepared a document, «Local Charter of Family Rights». «LGBT» is NOT even mentioned in the charter.

Our Constitution (as many Central European constitutions) defines marriage as the union of man and woman.

We have brought to court authors of the claim about «LGBT free zones». And we did it on behalf of defamed local communities.

There are no «gay free zones» in Poland. This claim is a fake news and authors were already ordered to publish a statement on that by temporary order of the Polish court.

Ordo Iuris obviously supports full and equal rights of each and every citizen.