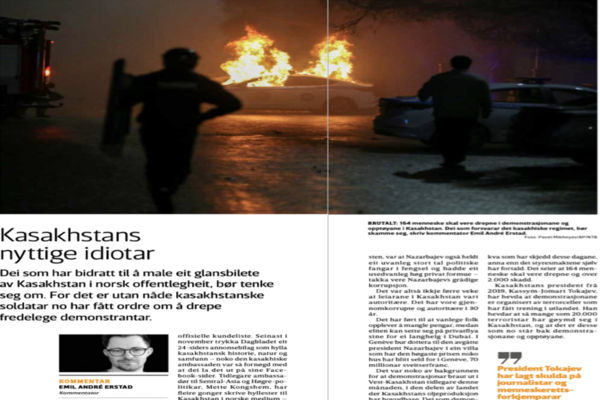 I have followed the development of the newspaper Vårt Land since I bought a few shares in 1977, when I was a 20 year old preacher boy.

For years Vårt Land was a newspaper that Christians in Norway read and respected.

However, for the past five-six years it has totally lost its bearings, and today hardly anyone reads that newspaper. Actually, the editors don´t even care, because the newspaper is 100 financed by government money. If they lose their government money, Vårt Land would go bankrupt immediately.

More than a million kroner 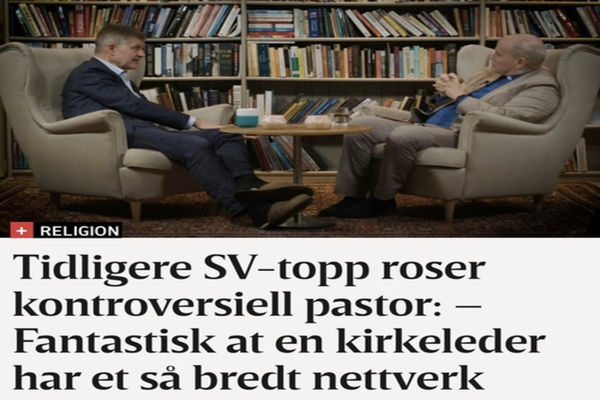 One of the articles about me in August 2021

Of course, everyone knows that Vårt Land spent more than a million kroner to investigate me for several months in 2021, and that led to 24 pages of articles, a stern editorial, and a couple of first pages that had solely one objective: To scare my friends among ambassadors and societal leaders in Norway from even having their photo taken with me, and especially scare them from being guests on my highly rated television programs on TV Visjon Norge.

My Norwegian programs are watched every Monday night by at least 200.000, and we are about to launch TV Vision Heaven which will reach a global audience.

It should be noted that Vårt Land is frantically attempting to launch their own TV department later in 2022, seemingly with limited success, It is obvious that Vårt Land is trying to bully their way to the world of TV watchers. But WE KNOW that nobody will watch them! Nobody watches TV that has a solely negative purpose! Let them continue their proven and failed efforts at «divide & conquer» :-)

When Vårt Land wrote pages about me, I was defiant, and I even refused to be interviewed, knowing their strategy which is to write something nice once or twice, and then to use their printing ink to try and scare people from even talking with you.

Instead, Vårt Land became the laughing stock of several leaders. Ambassadors from several nations now know how Vårt Land tried to manipulate them into scandalizing and isolating me - with zero success.

After the Vårt Land series against me, I have had more high profile Norwegian leaders on my TV programs than ever before, and the list of constructive ambassadors is never ending.

For the benefit of our international friends and followers, let me highlight a couple of developments in Vårt Land´s reporting and analyses that has happened within the past four days. This is highly illustrative of that newspaper´s approach to truth and dignity, or the lack thereof.

On Friday, January 7th, Vårt Land had an excellent first page article about the highly respected Ambassador from Hungary, Her Excellency Eszter Sándorfi. It was written by Vårt Land´s young editorial commentator Emil André Erstad. She was allowed to speak freely about her faith in solid Christian values, and her appreciation of Prime Minister Viktor Orbán. 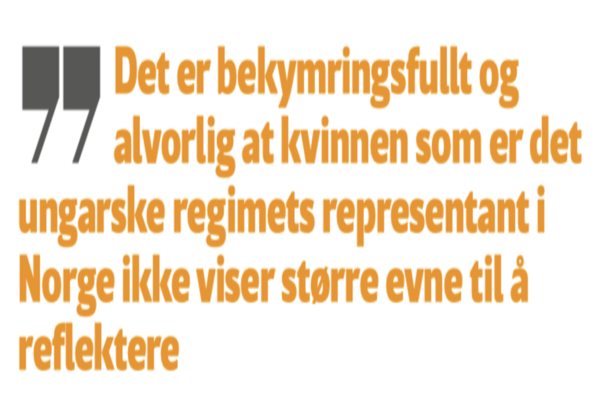 But the day after, Vårt Land viciously attacked Hungary, Viktor Orbán, and even Ambassador  Eszter Sándorfi, degrading her by stating that «it worries us and is a serious matter that the woman who is the Hungarian representative in Norway does not show greater ability to reflect»

But the day after, Vårt Land viciously attacked Hungary, Viktor Orbán, and even Ambassador Eszter Sándorfi, degrading her by stating that «it worries us and is a serious matter that the woman who is the Hungarian representative in Norway does not show greater ability to reflect»....

However, Vårt Land themself shows no willingness to reflect seriously on the solid Christian values that the great majority of the Hungarian people believe in.

I happen to know Hungary well because of dear friendships and ministry for 35+ years with leading pastors, politicians and academicians on all sides of the spectrum.

The tragic events in Kazakhstan in the first week of January have been covered by international media without making serious efforts to check the facts.

I am fortunate to know people of Kazakhstan from all faiths and many aspects of life.

So when I yesterday recorded an excellent 30 minute TV program which broadcasts very soon with the highly rated Ambassador from Kazakhstan, His Excellency Yerkin Akhinzhanov, I knew beforehand both sides of the story.

Vårt Land writes in today´s editorial commentary that «For sure, anyone at home (in Norway) who continues to defend the Kazakh regime, ought to be ashamed of themselves»

But Vårt Land´s young editorial commentator Emil André Erstad lashes out today against Kazakhstan in a large article. Not only at Kazakhstan - but at anyone and everyone in Norway who cooperates with the great Central Asian nation and who might even have an opposite view than Vårt Land!

Now, I have known of young Erstad for 10+ years, and his views are classic opportunistic. I remember how he at one point tried to become «a young conservative» because of private ambitions. He even became a fan of me for a few months :-) Such people with zero integrity should never be taken seriously and definitely not appointed as editors of a newspaper.

Vårt Land writes in today´s editorial commentary that «For sure, anyone at home (in Norway) who continues to defend the Kazakh regime, ought to be ashamed of themselves»....

Their headline is even worse: «Kazakhstan´s helpful Idiots».... The article lashes out at Kjell Magne Bondevik, Dagbladet, Geelmuyden-Kiese and every player in Norway who supports the general, positive development of the Republic of Kazakhstan.

These articles for the past four days could be forewarnings of the coming demise of Vårt Land.